The Huguenots Establish Manufactures in Brandenburg 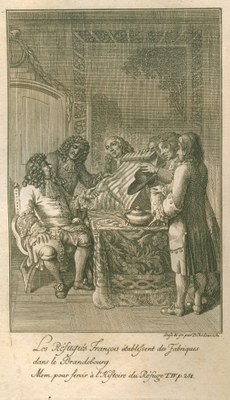 The fighting and destruction of the Thirty Years' War had resulted in a dramatic reduction in the population in many German territories. The economy was also depressed. It was hoped that the settlement of immigrants would not only replenish the population, but also stimulate economic activity. The Huguenots were viewed as desirable immigrants, as their craft skills were in demand and the authorities hoped that their arrival would result in the founding of manufactures.