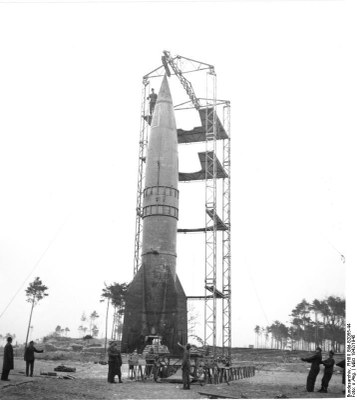 Under the technical auspices of Wernher von Braun (1912–1977), the world's first functional large rocket was developed at Peenemünde in the island of Usedom. Its internal designation was "Aggregat 4" ("engine 4"), though in Nazi Propaganda it was described as a "Vergeltungswaffe" ("revenge weapon"), the second of its kind after the jet-powered V1, hence the abbreviation V2. Though their military and strategic value was small, much publicity surrounded these "miracle weapons". In Germany, Nazi propaganda portrayed them as bringing about the "ultimate victory", whereas in the allied countries – particularly in the UK and Belgium, which were the worst hit – they reinforced the necessity of defeating Hitler's regime. The missiles' production, too, caused much suffering, with over 10,000 forced labourers perishing under inhumane conditions, often in underground factories.