Waldsterben (Forest Dieback) in the 1980s 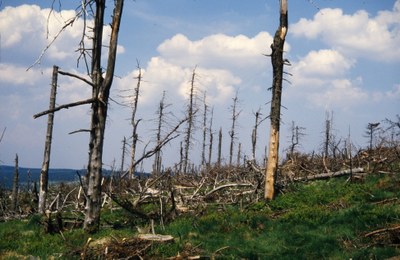 From the 1980s, damage to particular species of trees became apparent over large areas of central, northern and eastern Europe. The phenomenon came to be known by the German term "Waldsterben". Increasing air pollution and the resulting acid rain were thought to be the cause. "Waldsterben" became one of the most prominent environmental topics at the start of the decade and it had a great effect on politics, industry and society.