Administrative Units of the Kingdom of Yugoslavia in 1929 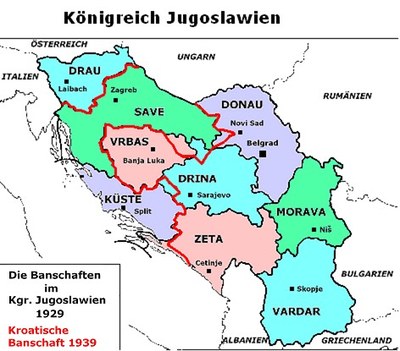 The Kingdom of Serbs, Croats and Slovenes founded after the First World War, which from 1929 was referred to as Yugoslavia, was divided into the administrative units (banovina) listed above. The red line indicates the banovina of Croatia created in 1939.