Austria-Hungary after the Compromise of 1867 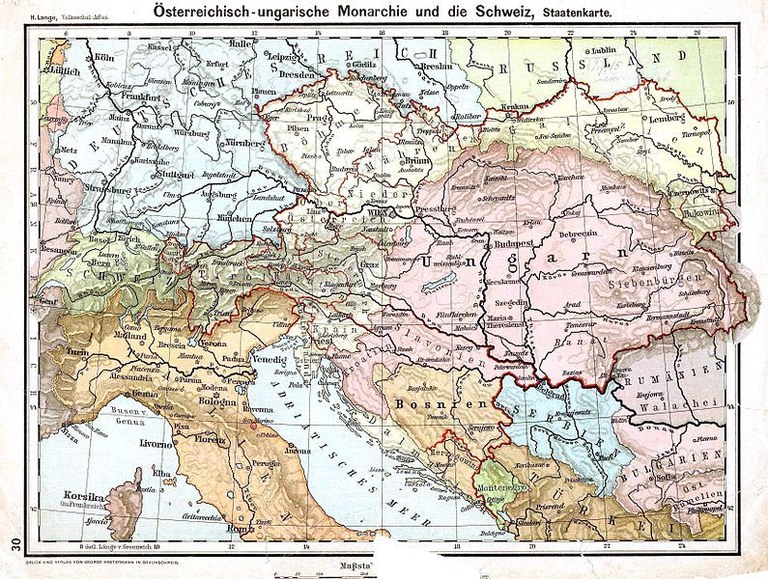 After its defeat in the Austro-Prussian War, the Austrian Empire was converted into the Austro-Hungarian Monarchy in 1867. From that point on, there was an Imperial-Royal (kaiserlich-königliches) Austrian part and a Royal Hungarian part of the empire. The Hungarian part received autonomy with regard to its internal affairs, and the foreign and fiscal policy of the two parts was the responsibility of joint ministries. The Austrian emperor Franz Joseph I (1830–1916) had himself crowned king of Hungary also in 1867. This map from 1899 shows the Austrian territories on the left side, which from the Austrian perspective were also referred to as Cisleithania (this side of the river Leitha), with the Hungarian part (Transleithania) coloured in red on the right.