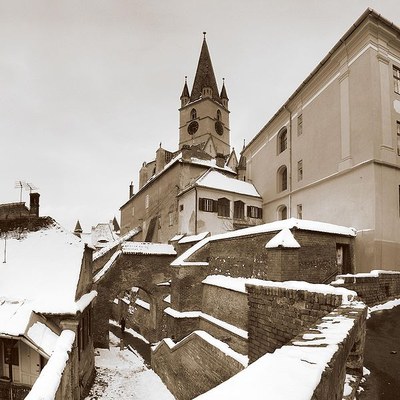 The city of Sibiu in present-day Romania, known in Germany as Hermannstadt, was founded in the 12th century by German settlers. Due to its location in Transylvania, which became an Ottoman vassal state in the 16th century, it came under direct threat from the Ottomans, but was never occupied. In the 19th century, Sibiu became part of the Habsburg Empire along with the principality of Transylvania, and it subsequently belonged to the kingdom of Hungary. After the First World War, the population of the city decided to become part of Romania.