A Shopping Street in Warsaw in 1905 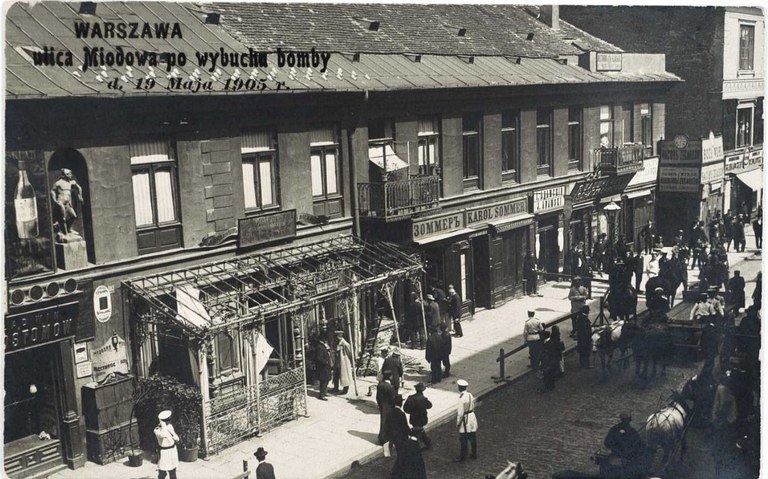 This photograph of a street in Warsaw in May 1905 shows not only the turmoil after the explosion of a bomb, but also demonstrates the multilingualism of daily life in Poland. The signs over the shops are not only in Polish, but also in Cyrillic script, while the names of some of the ship-owners – such as Karol Sommer and J. Schatzschneider – are evidence of their German ancestry.