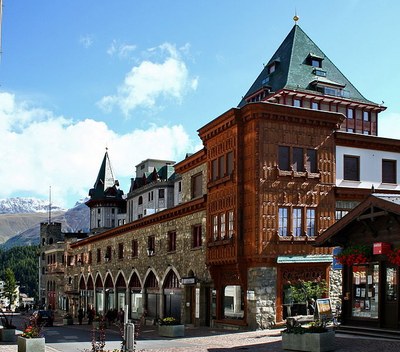 Opened in 1896, Badrutt's Palace Hotel was aimed at high-end tourists, who towards the end of the 19th century began to discover Engadin and in particular St. Moritz, which was initially very small. The architectural style of the hotel is based on English neo-Gothic, and the building is thus adorned with oriels and pointed towers.