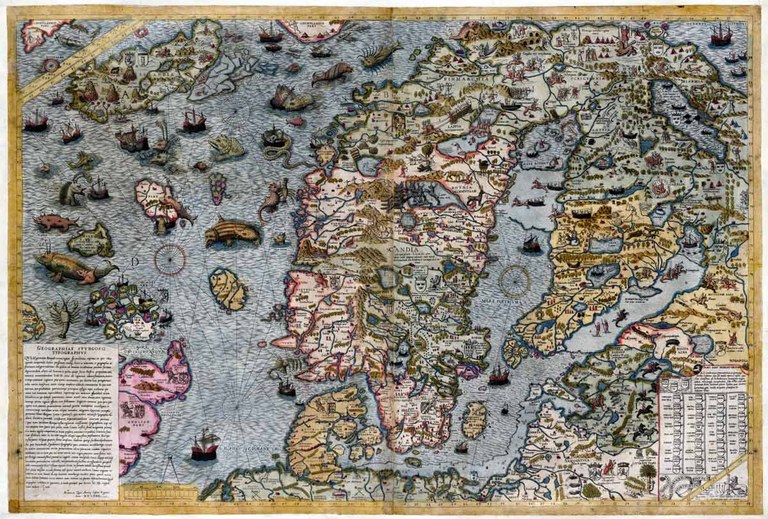 From the late-14th century, Denmark, Norway and Sweden had been united in a personal union. This so-called Kalmar Union continued to exist until 1523. 16 years later, the Carta Marina was compiled, the first map to depict Scandinavia in a comparatively accurate manner. It was drawn in Rome in 1539 by the Swedish Catholic cleric Olaus Magnus, the brother of the last archbishop of Sweden to be confirmed by the pope. Only a small number of copies of the Carta Marina were made and the map was forgotten about until a copy was discovered in the Hof- und Staatsbibliothek in Munich in the 19th century.