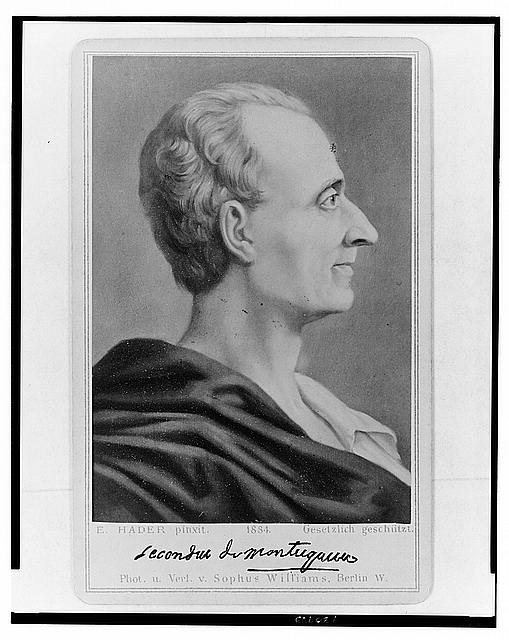 The French political philosopher Charles de Secondat, Baron de la Brède et de Montesquieu (1689–1755) was, following his humanist and legal education, the president of the parlaments of Bordeaux from 1716 to 1726. Afterwards, he travelled throughout Europe, staying in England, and other countries, between 1729 and 1731. In 1748, his opus magnum on political authority De l'esprit des lois appeared, which was of importance for the American constitution as well as that of the French Revolution of 1791, and the doctrine of the separation of powers in general. Many contemporaries perceived De l'esprit des lois as an accurate depiction of the Great Britain's constitution, and alongside Voltaire's Lettres philosophiques, it was a key work in continental Anglophilia.