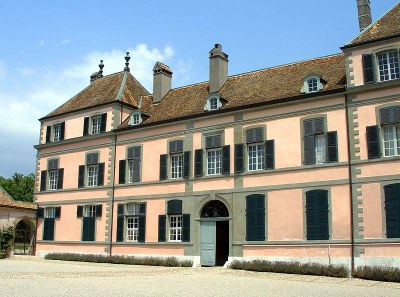 After her banishment from Paris, this estate on Lake Geneva served as the residence of the writer Anne Louise Germaine de Staël-Holstein (1766–1817) and as the meeting point of her salon. Madame de Staël's circle, which developed into a focal point of opposition to Napoleon, included many writers, scholars and historians, including Lord Byron (1788–1824) and Chateaubriand (1768–1848). In this way, her salon helped to mediate between European cultures and exerted broad influence in literature and society.