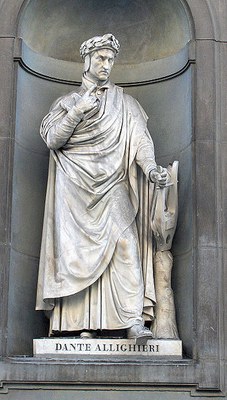 Dante Alighieri (1265–1321) was not only one of the most famous poets of the Renaissance, he also held several political offices in Florence. After he had criticized Pope Boniface VIII (1235–1303) for attempting to control the city-state of Florence, he was banned from the city in 1302 and later sentenced to death. Nevertheless, he continued to roam the North of Italy for several years until settling down in Ravenna where he died in 1321.