German Invasion of the Crimea, 1942 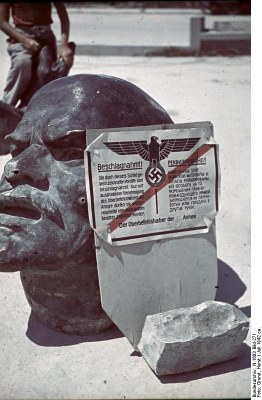 After the invasion of the Crimea by the Wehrmacht in 1942, Soviet symbols and statues were removed from the public space. The photograph shows a sculpture of Lenin with a warning notice in front of it in German and Russian, announcing the confiscation of the bust.