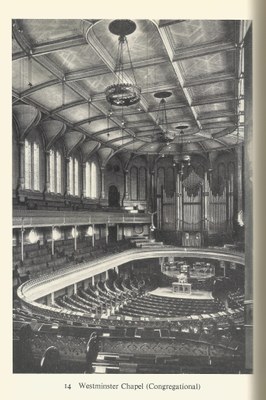 With the construction of the Congregational Chapel in 1840 near Buckingham Palace, Dissent had literally and symbolically arrived in the heart of the British capital. The size and dignity of the space also highlight the social status of the Dissenters in the 19th century.