Islamic States in Europe in 1480 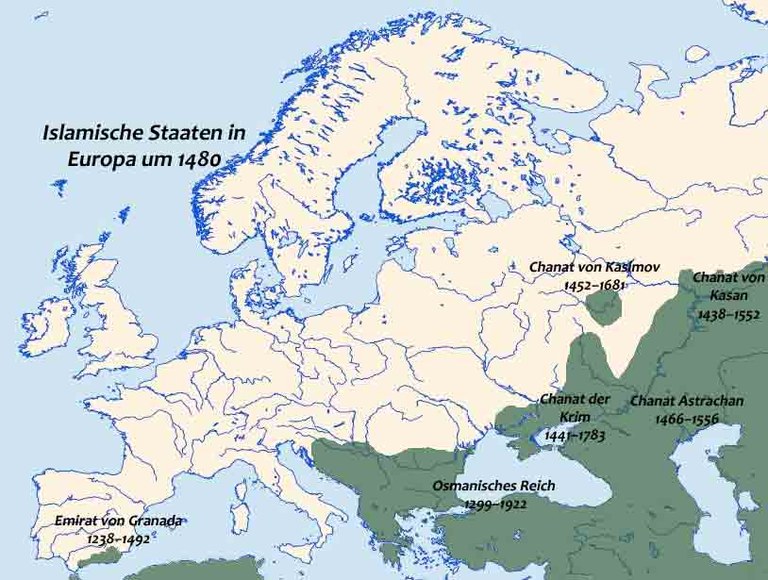 In the late 15th century, there were a number of Islamic states in Europe. In the southern part of the Iberian Peninsula, there was the Nasrid Emirate of Granada, though it was experiencing its demise at this point. At the opposite end of Europe, there was the Khanate of Kasan in the middle-Volga region, the Khanate of Kasimov on the Oka river, the Khanate of Astrakhan which was founded in the 1460s around the Volga delta, and the Crimean Khanate which encompassed the Crimean Peninsula and the southern Steppe regions of present-day Ukraine. These four entities were all direct or indirect remnants of Genghis Khan's Golden Horde, which became Islamic in the 14th century. During the same period, the Ottoman Empire rose to military and political prominence in southeastern Europe.