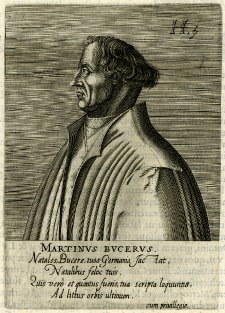 Martin Bucer, along with Oecolampadius and Zwingli, was associated with an early circle of reformers and humanists in Basel. His reform efforts would be focused particularly in Strasbourg as well as England. Bucer developed a vision of church-centered discipline and moral formation in basic agreement with the approach advocated by Oecolampadius and later John Calvin.