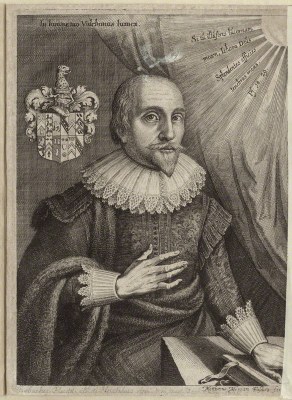 Upon completing his education at Oxford, the English physician Robert Fludd (1574–1637) travelled around France, Italy and Germany. Fludd was not only a man of medicine, but also a philosopher and theosophist, dabbling in alchemy and the occult. He was strongly influenced by the teachings of Nicolaus Cusanus and Paracelsus. The engraver Matthaeus Merian the Elder (1593–1650) illustrated several of Fludd’s difficult yet successful alchemistical works. Only after 1625 did a rational orientation in the natural sciences gradually supplant alchemy.