National Socialist Germany vs. the USSR in Paris in 1937 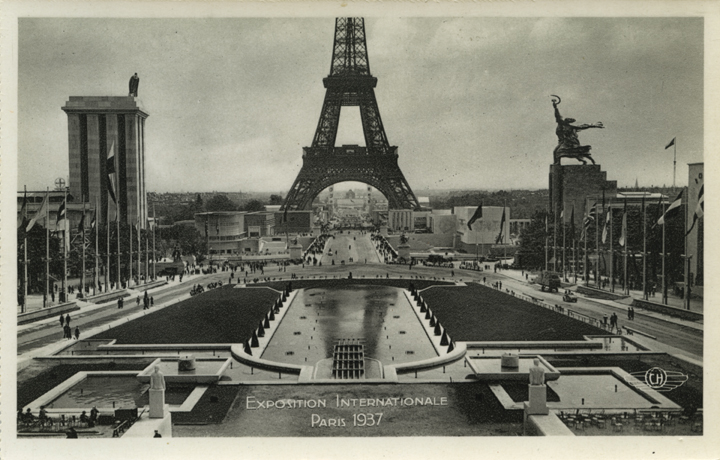 At the Parisian universal exposition of 1937, the imposing neoclassical towers constructed by National Socialist Germany and the Stalinist Soviet Union competed with each other in both stature and impact. This threatening tableau illustrated the competition between the two systems and the upcoming confrontation between the two great powers. Architects Albert Speer (1905–1981) and Boris Iofan (1891–1976) were both awarded a gold medal by the French organizers.