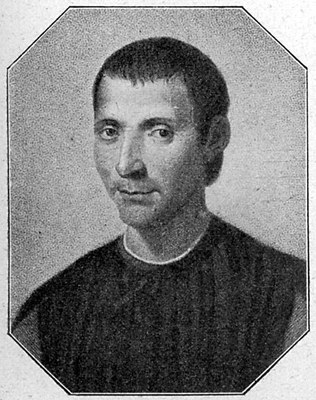 The Italian politician and writer Niccolò Machiavelli (1469–1527) had responsibility for the internal administration and military of the republic of Florence, as well as for various diplomatic missions. Unjustly imprisoned in 1513 and later released, he spent his time after the end of his political career writing his main work Il principe (1513, published 1532). In this work, he attempts to describe the conditions of successful politics, while approaching the question from an empirical and systematic standpoint, as opposed to metaphysics-based Christian state theory. Instead of Christian virtues, Machiavelli emphasizes the ability of the ruler to obtain and retain power as the main prerequisite of long-lasting rule. Therefore, when the state is in jeopardy, the ruler is justified in dispensing with moral norms in order to maintain the state.