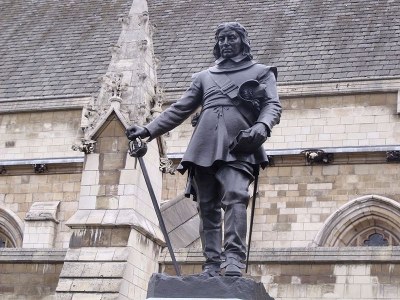 Oliver Cromwell (1599–1658) was an English politician who rose to commander of the parliamentary army during the English Civil War (1642–1649) between the Puritan-dominated parliament and King Charles I. After he had Charles I executed, he became the English head of state (1653–1658). He attempted to establish a permanent republic in England, without success.