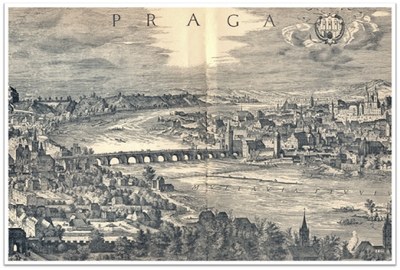 The city of Prague, the Slavic-Germanic origins of which can be traced back to the 6th century, became the seat of the Bohemian monarchy in the 13th century. The city's Jewish, German and Czech population made Prague a meeting point of cultures and the intellectual centre of the region. The first university of eastern and central Europe was founded in Prague as early as 1348, bringing together academics and artists from throughout eastern Europe. Prague belonged to the Holy Roman Empire of the German Nation and subsequently to the Habsburg Empire. It then became the capital of the state of Czechoslovakia, which was founded in 1918 in the aftermath of the First World War.