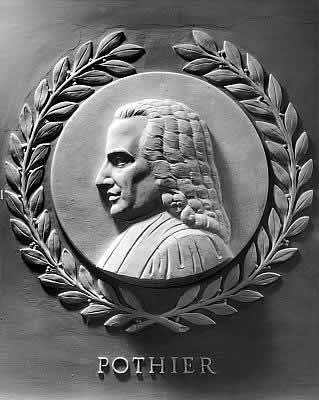 Robert-Joseph Pothier, judge and Professor of Law in Orléans, investigated Roman and French law and attempted to solve current problems of jurisprudence with a synthesis of the two systems. As the author of Traité des Obligations (1761) and a number of other widely-respected volumes, he exercised a considerable influence on the Code civil, in which a number of his writings were incorporated verbatim.