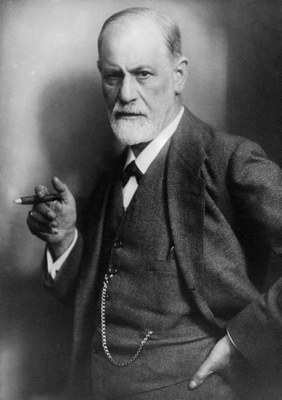 Sigmund Freud (1856–1939) was born in the Moravian town of Freiberg, then part of the Austro-Hungarian Empire. He studied medicine in Vienna, where he established himself as a physician in 1886. He subsequently founded psychoanalysis, a psychotherapeutic approach combining an understanding of unconscious and conscious mental processes with ab awareness of social and cultural factors. Among Freud’s many works are The Interpretation of Dreams (1899), The Psychopathology of Everyday Life (1901), Totem and Taboo (1913) and Civilization and its Discontents (1939). His final work, Moses and Monotheism (1939), appeared in London, the city to which he had emigrated a year before his death. Though his legacy remains controversial, Freud’s impact on the intellectual history of the 20th century was enormous.