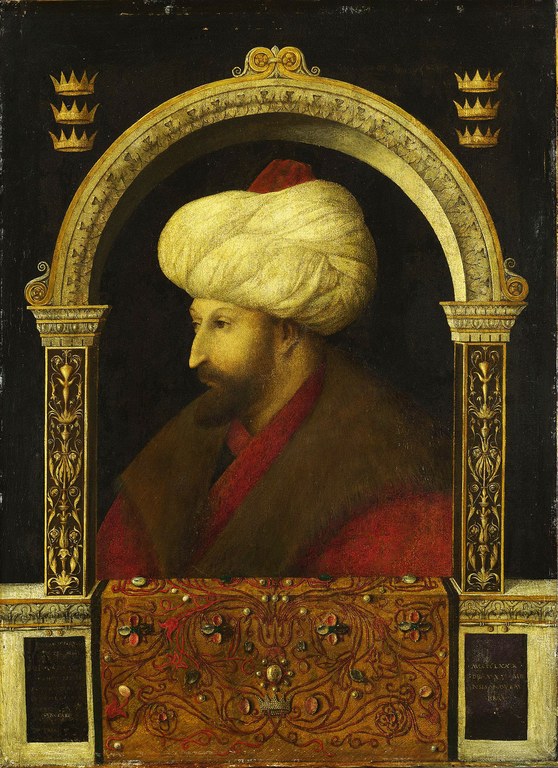 Mehmed II, also known as el-Fātiḥ (the Conqueror) and variously as Muhammed bin Murad, Mehmed the Conqueror, Grand Turk, Kayser-i Rûm (Caesar of Rome) and Turcarum Imperator, and Fatih Sultan Mehmed, was the Ottoman sultan who conquered Constantinople in 1453, bringing to an end the Byzantine Empire and with it the last vestige of the (East) Roman Empire. His conquests continued into Anatolia and as far west as Bosnia.

Gentile Bellini was sent to Constantinople in 1479 as a cultural ambassador for Venice, which had recently made peace with the Ottomans. An admirer of Italian art, Mehmed II is said to have relished the opportunity to have his portrait painted by an Italian artist, though the authenticity of the portrait and Gentile's authorship have been called into question.