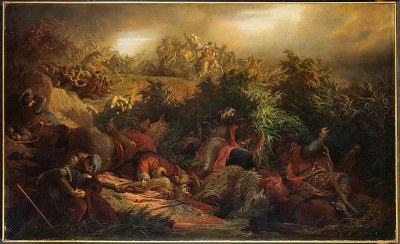 As part of its expansion, the Ottoman Empire of Sultan Suleyman I (1494–1566) launched a campaign against Hungary, which had been weakened by the peasant revolt of 1514. Hungarian resistance was crushed in the devastating Battle of Mohács (1526). As a result of the battle, the young Hungarian king Ludwig II (1505–1526) died and about 100,000 Hungarians were taken into slavery by the Ottomans. The battle subsequently became a Hungarian national legend.