The Large Synagogue in Budapest 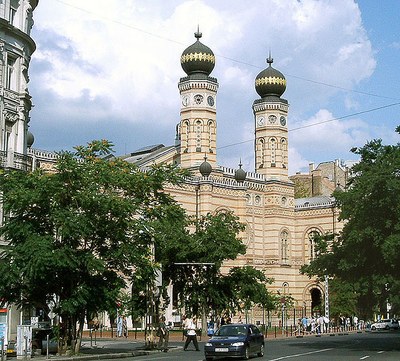 With its 3000 seats, the Large Synagogue in Budapest is the largest in Europe. It was designed by the Viennese architect Ludwig Förster (1797–1863) and built in the years 1854–1859. The Moorish architectural style is intended as a reminder of the oriental origins of Judaism. The Jewish population, which had lived in Buda (and later also in Pest) from the 11th century, grew rapidly during the 19th century, creating the need for a new, larger synagogue.