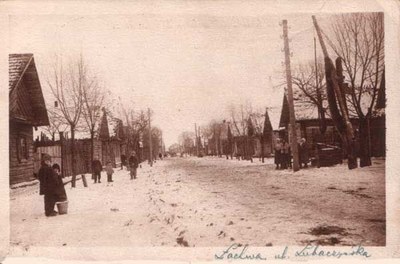 The small town of Łachwa in present-day Belarus had a Jewish community from the 17th century onward. In the 1930s, the Jewish community made up more than half of the total population of about 3,800 inhabitants. After the German Wehrmacht occupied the town in 1941, a ghetto was set up for the Jewish inhabitants. One of the first ghetto revolts of the Second World War occurred there in 1942. About 1000 Jews died during this resistance while another 1000 were able to flee.