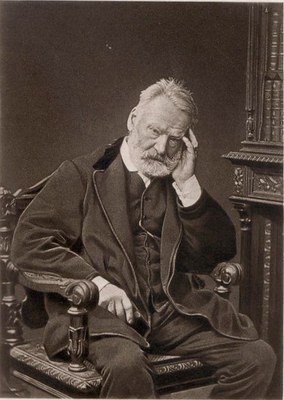 Originally a royalist and legitimist, at the end of the 1820s Victor Hugo adopted an increasingly liberal position. In 1848, he was elected to the National Assembly as a Bonapartist representative. In 1851, he broke with Napoleon III (1808–1873) and went into exile where, through his political satires and his novel Les misérables (1862), he became an advocate for the idea of democracy. In 1870, he returned to France where, in the following years, he held a number of state offices.