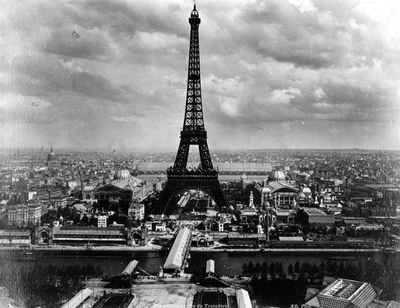 Begun in January 1887, the construction of the Eiffel tower, initially known as tour de trois cents mètres, was completed one and a half months before the opening of the Paris exposition universelle in 1889. The initially heavily criticised tower was undoubtedly the highlight of the second last Paris world exhibition in the 19th century and until 1930 remained the highest building of the world (caption by the editorial team).