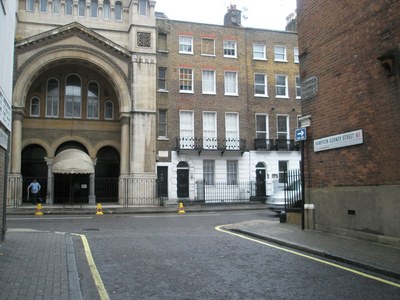 The reform synagogue West London Synagogue of British Jews was built in 1870 and is one of the oldest synagogues in the United Kingdom. The building is located on Upper Berkeley Street near Marble Arch and has room for 1000 worshippers. At the founding of the community on 15 April 1840 by 24 members of the congregations of the Sephardic Bevis-Marks-Synagogue community and the Ashkenazi Great Synagogue community, it was announced that a new community "for British Jews" would be founded, in contrast to one for German or Portuguese Jews. The synagogue's organ was inaugurated in 1908.