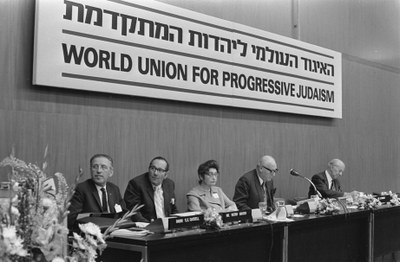 The World Union for Progressive Judaism was founded in London in 1926 and above all united English and the German Liberals as well as American Reform Judaism under one joint roof. The photo was taken at the meeting of the Union in Amsterdam in 1970.