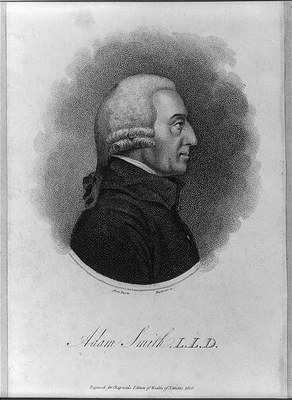 Adam Smith (1723–1790) was professor of logic and philosophy in Glasgow. He became famous primarily for his economic theories, which he published in 1776 in his magnum opus The Wealth of Nations. He is considered the founder of national economy, which also provided the theoretical basis for free trade.