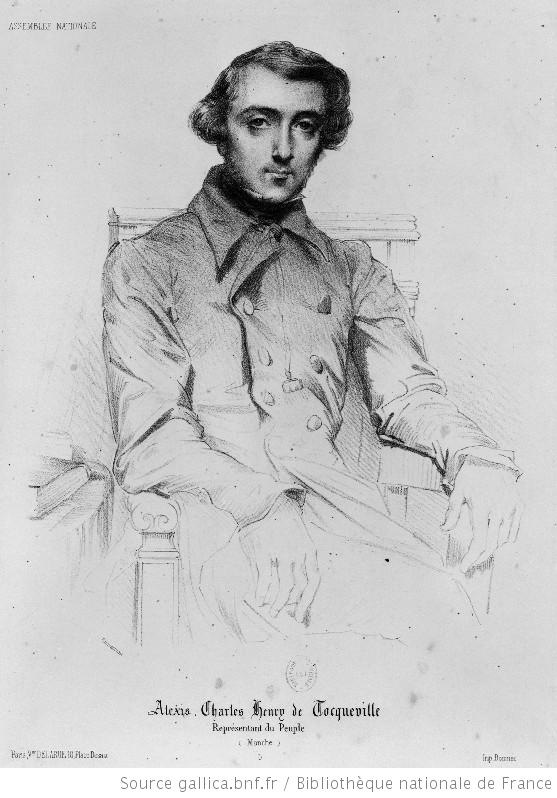 Alexis de Toqueville was a French historian and publicist, who is considered to be the founder of the comparative political sciences. After studying law in Paris, he became an examining magistrate in Versailles and travelled in 1831/1832 on the behalf of the French government through the USA in order to study the American penal system. His main work De la démocratie en Amérique (1835–1840) is based upon the impressions acquired there and analyses the strengths and weaknesses of the democratic institutions in America.