Battle in the Second Boer War 1899 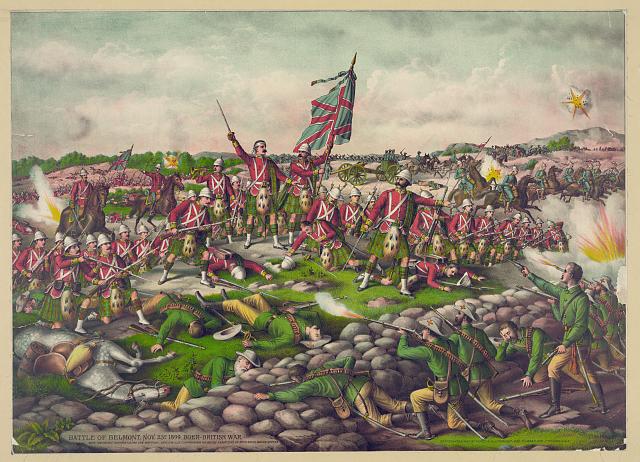 This contemporary chromolithography shows the battle of Belmont on 23 November 1899 in the Second Boer War, in which British troops took a Boer position, driving their opponents into flight. The composition emphasizes the superiority of the British, by placing three British soldiers in heroic pose and the Union Jack at the centre of the image.