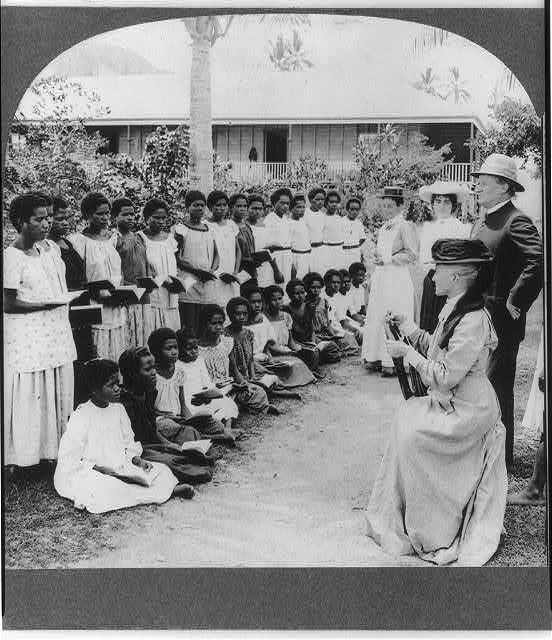 The photograph shows the works of English missionaries in New Guinea at the beginning of the 20th century. The role division between "teachers" and "pupils" and with it the cultural hierarchy is made clear by the differences in posture and clothing. The picture also illustrates the important role played by order and discipline in the education work of mission.