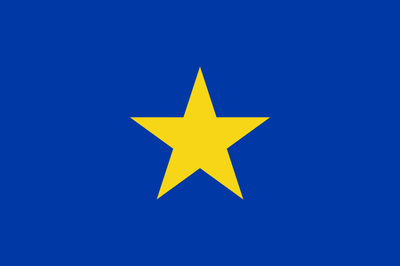 The Congo region was at the centre of the colonial ambitions of King Leopold II of Belgium. He was the head of the Comité d'Etudes du Haut-Congo, a private association which, in spite of its name, had as its main aim engaging in commercial and industrial activities in the region. In 1882, he converted the Comité into the Association internationale du Congo. In so doing, he created a new political entity which in its nature belonged to the realm of private law, but which also had public dimensions. At the Berlin West Africa Conference, Leopold was granted the territory as the private property of the Belgian crown, and he thus became the proprietor of the new Congo Free State, a situation which could not be reconciled with international law. Although in Berlin the duty had been placed on Leopold to eradicate the slave trade and to provide for the improvement of the living conditions of the natives, brutal exploitation of the natives was the reality (the so-called "Congo atrocities"). At the beginning of the 20th century, the Congo Free State was – due to international pressure in the aftermath of numerous scandals – sold by Leopold to Belgium and converted into the colony Belgian Congo.