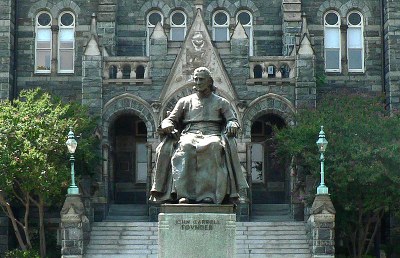 John Carroll was a member of the Jesuit order until its suppression; he later became the first Catholic bishop in the United States where he championed the cause of the Catholic minority. In 1789 he founded Georgetown University (Washington D.C.) which has remained to this day one of America's best universities.