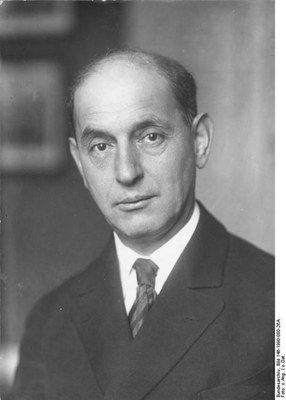 As a national economist, Moritz Julius Bonn (1873–1965), who was of Jewish extraction, was among the leading economics experts of Weimar Germany. Bonn participated in the peace negotiations in Versailles as an expert on reparations, and he served as the expert on reparations in the German Chancellery from 1920 to 1922. From 1931, he was the head of the Handelshochschule in Berlin. In 1933, he was removed from all positions by the National Socialists. He succeeded in emigrating to Britain, where he taught at the London School of Economics between 1933 and 1938, and lived until his death with the exception of the years between 1939 and 1946, which he spent in the USA.