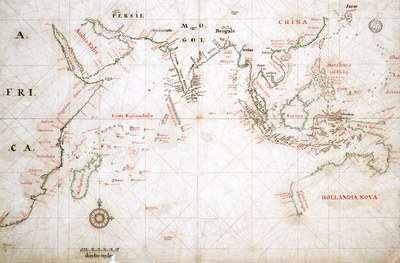 In the first half of the 17th century, the United East India Company of the Netherlands succeeded in controlling a large portion of trade between Asia and Western Europe. The map shows the region in which the company operated in 1665, which extended from the Cape of Good Hope to Japan.