Europe and the World

von by EGO-Redaktion Original in German, angezeigt indisplayed in English▾
Entanglements between and Reflections of "Europe" and the Non-European World 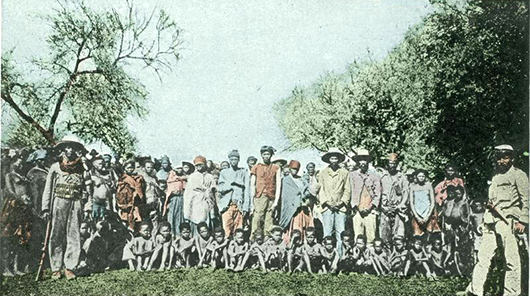 Since the "discoveries" of the early modern period, the different regions of the world have been in constant contact. These interactions have left their mark upon the experience and life of all cultures. In this way, the early modern processes of inner-European transfer were increasingly extended and transformed by transfers between Europe and beyond it. The articles in this thread deal not only with transfer processes that went in the direction of Europe to the non-European world, but also those from the non-European world taken up or rejected by Europe. Within this, of particular interest is the question of to what extent a European identity developed through the encounter and exchange with, and demarcation from, the non-European world and how far this encounter transformed European societies themselves.

A central category that characterises the relationships of Europe with the non-European world is Rule. The survey article on this topic depicts the forms and actors of European rule, portrays the different methods and structures of rule and investigates the transfer processes they initiated; at the same time, it examines the resistance to these and the knock-on effect on Europe itself. While Europe established asymmetric relationships of dependency for its own benefit, the contact with the rest of the world changed Europe, too. For example, the debate on the abolition of slavery inspired the more general discussion of human rights.
The article Islamic Law and European Legal Transfer traces how contact with Europe influenced the Islamic world's understanding of law. Thus, for instance, Byzantine institutions were adapted by the expanding Ottoman Empire. The 19th century witnessed the partial adoption of the French Code de commerce, a legal code on trade, the first appropriation of a Western compilation of laws.