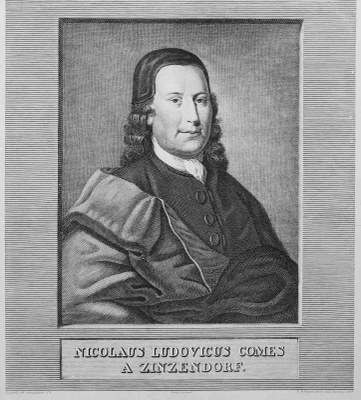 Count Nikolaus Ludwig von Zinzendorf, a leading figure in Lutheran Pietism, was the founder and bishop of the Moravian Brethren in Herrnhut. Between 1710 and 1715, he attended the school of the Francke Foundations in Halle, where he was heavily influenced by Pietism. August Hermann Francke had a great influence on him and he also had close connections with Philipp Jacob Spener. Spener was von Zinzendorf's godfather. From 1722 onward, von Zinzendorf gave refuge to religious refugees from Moravia on his landed estate in Upper Lusatia. Out of this community developed the Moravian Brethren of Herrnhut, a Pietist grouping which engaged very actively in missionary activity and which was the first Protestant community to develop something approaching an infrastructure for the worldwide spread of Christianity.