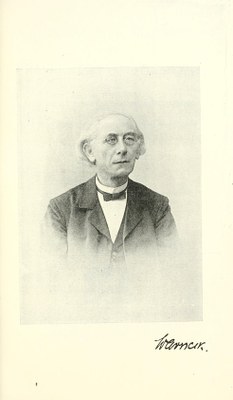 Gustav Warneck studied theology in Halle and served as a Protestant minister for several years. He established Protestant missiology as a theological discipline and in 1896 he was appointed professor of missiology in Halle. As regards the treatment of native cultures in the missionary territories, he called for the existing cultures to be conserved and drew attention to the danger that western civilization posed for autochthonous cultures. Among his most important works were Abriß einer Geschichte der protestantischen Missionen von der Reformation bis auf die Gegenwart (1882) and the five-volume Evangelische Missionslehre (1892–1903).