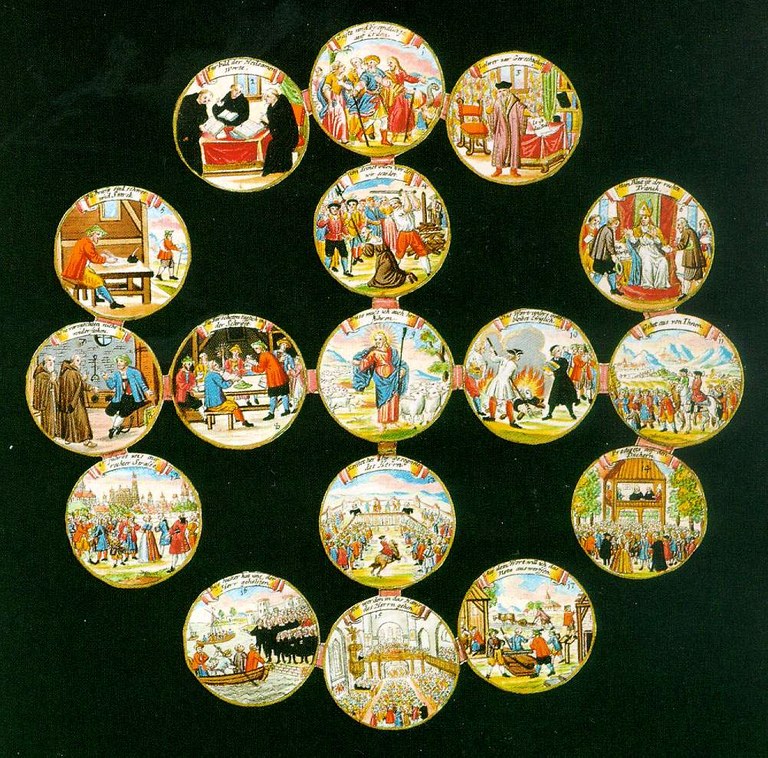 After the Salzburg archbishop Leopold Anton von Firmian had issued an emigration decree in 1731, several thousand Protestants left their homes in the archbishopric of Salzburg. They were welcomed, among other places, in Prussia. On the one hand, King Frederick William I hoped to attract as many emigrants as possible to settle in the depopulated north-eastern part of the country. On the other hand, the migration process was an opportunity for spreading propaganda, which emphasized the moral superiority of the Reformation and denounced the inhumanity of the Catholic Church. Besides sermons, pamphlets, poems, songs and leaflets, medallions such as the one shown here – which pictures biblical parables and the history of the Salzburg Protestants – were also a means of propaganda and tradition building.