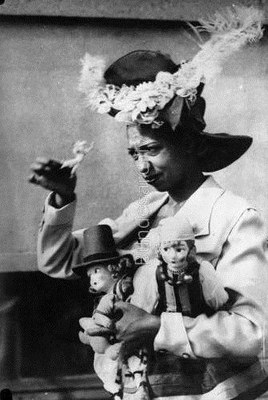 The American dancer Josephine Baker (1906–1975) came to Paris in 1925 in order to perform in La Revue Nègre. She became a world-famous dancer and singer, continued to live in France throughout her life and took on French citizenship in 1937. During the Second World War, she joined the troops of the Résistance.