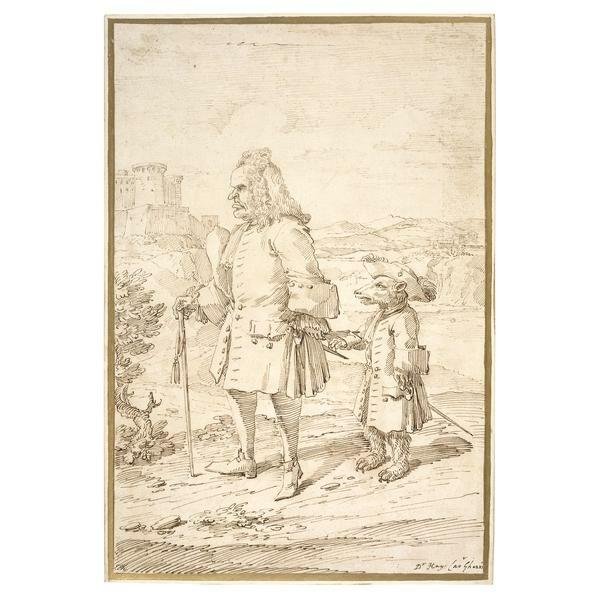 According to the inscription, this caricature by the Italian artist Pier Leone Ghezzi (1674–1755) portrays Dr. James Hay, who between 1704 and 1729 accompanied at least eight young aristocrats through Italy on their grand tour. His charge is depicted as a bear, who is reluctantly following the grimly faced "bear leader" Hay through the Italian countryside.