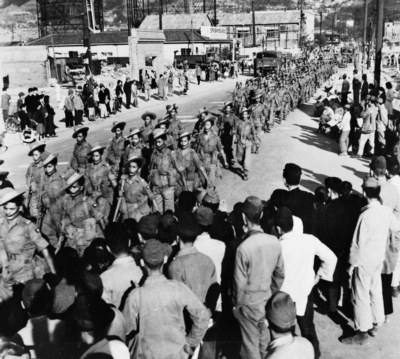 During the colonial era, the British Empire had a large army with numerous soldiers from all over the Commonwealth. For example, the so-called Gurkhas, natives of Nepal, formed special units like the Royal Gurkha Rifles, who are shown in this picture taken during the Allied forces' occupation of Japan in 1946. After the British colonies had become independent, many Gurkhas continued to work for the British army until the 21st century.