The Brown Book of the Reichstag Fire and Hitler Terror 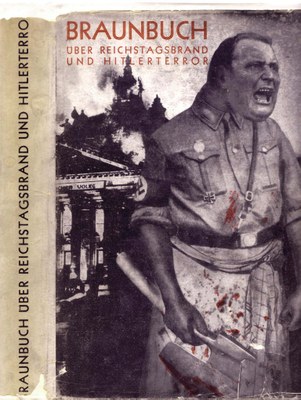 The cover of the Brown Book, published by émigrés in Paris, depicts Hermann Göring screaming, wearing a butcher's apron and wielding an axe. The book's authors tried to prove that the Nazis themselves had set fire to the Reichstag. 135,000 copies of the Brown Book were printed; it was translated into over 20 languages.