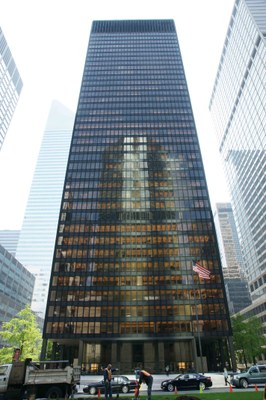 The Seagram Building, designed by Ludwig Mies van der Rohe and Philip Johnson, was completed in 1958 and stands at over 150 metres. It is a prime example of the so-called international style, an architectural tendency developed in the 1920s and 30s chiefly by German architects and which subsequently spread across the world.