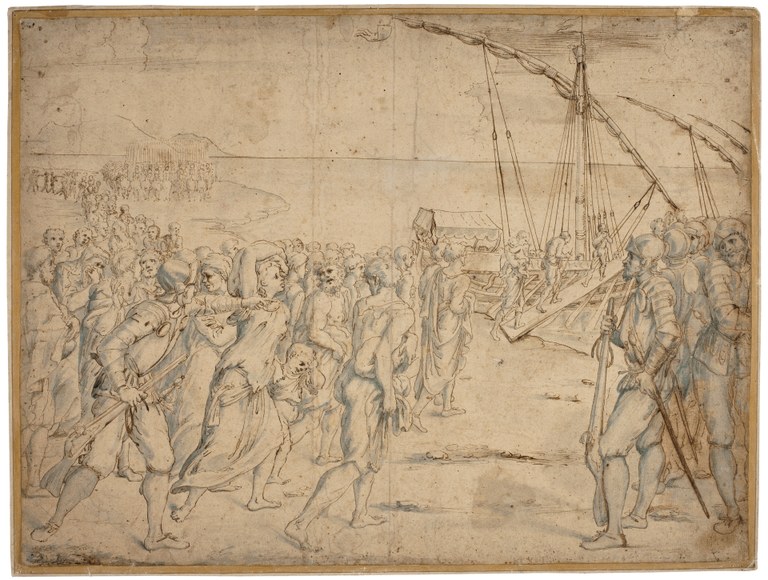 The drawing by the Spanish artist Vicente Carducho (1576–1638) shows the expulsion of "moriscos" in the port of Denia, near valencia, as a result of the order by Philip III of Spain (1578–1621) in 1609. The muslim citizens are escorted by cavalry who are directing them to a ship which will take them to a destination in northern Africa. On the left an armed soldier urges the crowd to move forward while a group of soldiers armed with swords and rifles is watching them on the right side of the composition.