Worldwide Concentration of Railways and Telegraph in 1901 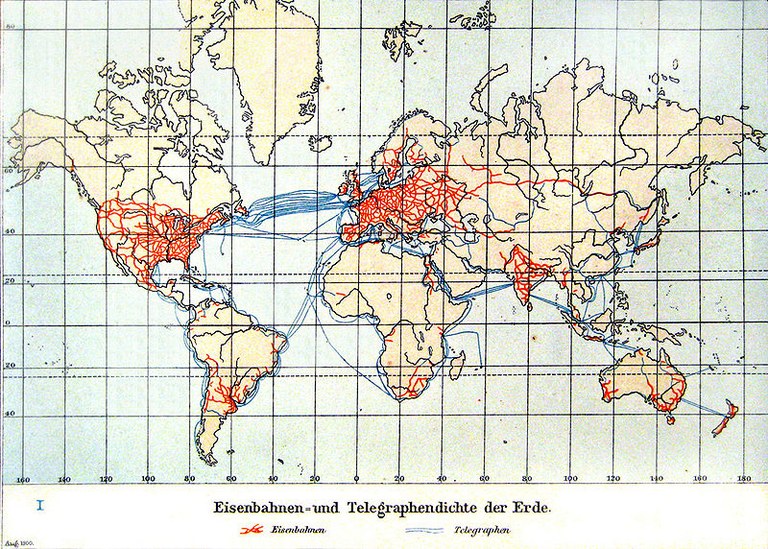 The 19th century was marked by an increased mobility of people as well as an accelerating global exchange of information and goods. In this development railway and telegraphy networks played a crucial role, even though mostly Western countries and some of their colonies benefited from it. Especially the railway technology required transnational standardisation regarding the track width, which led to the establishment of a network that connected all railway stations in Eurasia by the year 1910.